The final season of the most popular Netflix show, Stranger Things left fans saddened by the death of their favourite character, Jim Hopper. However, later in the next season, it was revealed that the innocent face was alive and thriving for his life. Portrayed by David Harbour, who stars as the chief of police in Hawkins. David Harbour Stranger Things S04 Puffer Jacket is inspired by the actor’s vintage and stiff looks which ensure to elevate your persona and is functional for all sorts of seasons.

David Harbour TV Series Stranger Things Season 04 Jim Hopper Puffer Jacket is made from the finest parachute fabric and is lined with the softest viscose fabric. The jacket is easily going well with its zippered frontal, erect style collar and rounded cuffs. The classic blue colour makes you stand out! 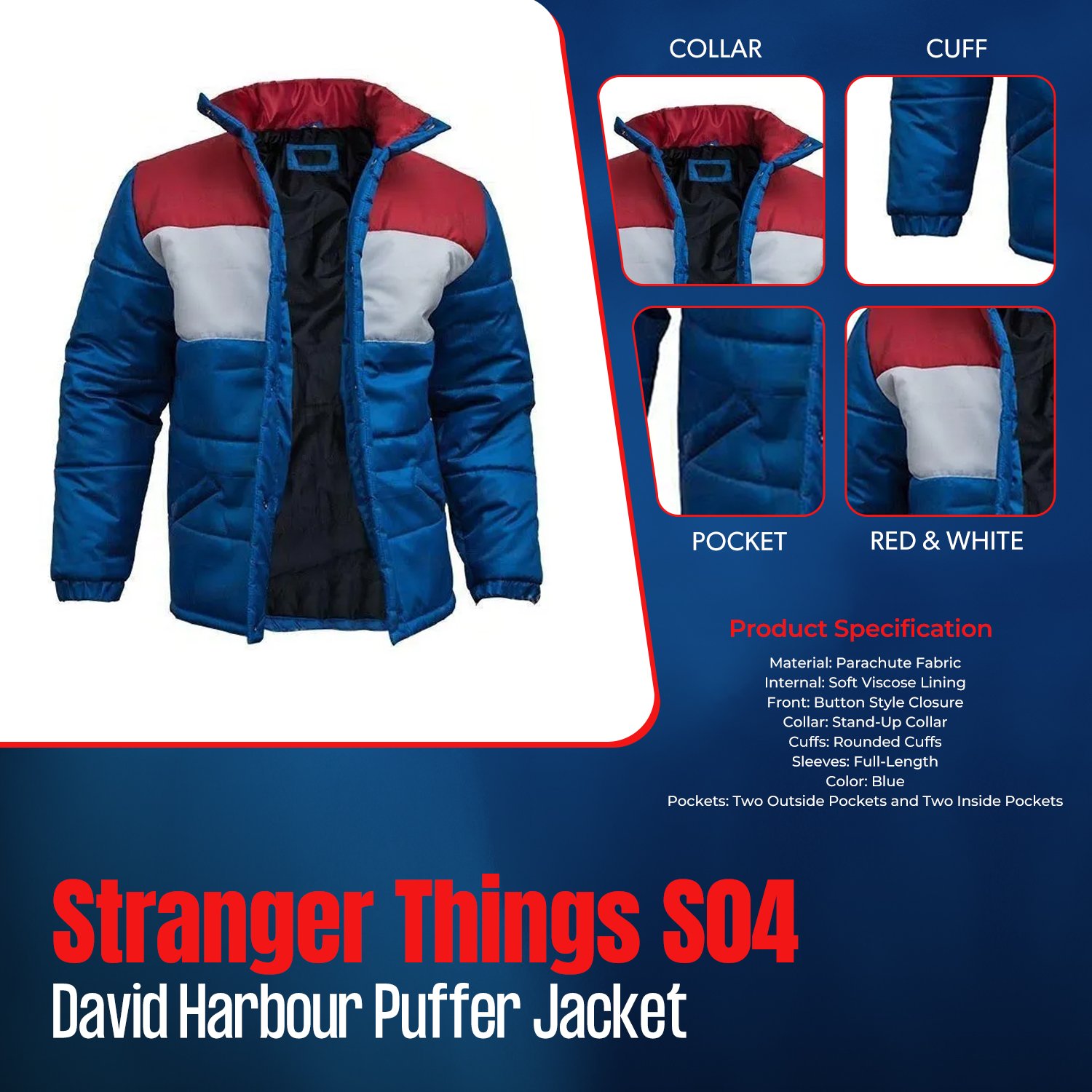