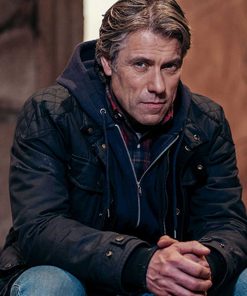 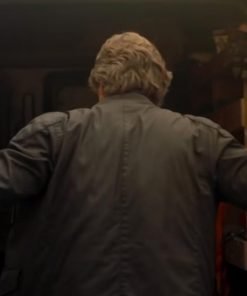 This Season, Let’s Take You On The Adventure Of Getting Familiar With Doctor Who & Jacket-Hub’s Tremendous Services!

The famous ongoing show ‘Doctor Who’ is not new to the passionate streamers out there. Originally started in 1963 and then relaunched in 2005, the show creators Sydney Newman, C.E Webber, and Donald Wilson are nowhere near ending this intriguing sci-fi ride, and neither do we want this to happen! Thus, following the reinvented series for almost 16 years and waiting for the release of its 13th season, we’ve sorted out the instant facts about the show that you should know to get familiar with Doctor Who. Plus, we’re also going to tell you everything that Jacket-Hub is going to offer you while exploring the Doctor Who Jackets and Coats merchandise!

The concept of the changing Doctors in the show:

Till now, the main character of the Doctor on the show has changed thirteen times, and the reason behind this is the alien named Time Lord who travels anywhere in the world without any issue by using a new face every time. But this also helps the new actors and audiences joining the show as the latest Time Lord doesn’t remember much details about the previous ones, and keeps on doing the work as the way he/she prefers. Now to add a more interesting turn in the show, the recent Doctor is none other than a woman (Jodie Whitaker, aka the thirteenth Doctor).

Get your facts right about the TARDIS:

Since you’re aware of the chronology of changing Doctors, do you know how they travel across the globe? The answer is TARDIS (Time and Relative Dimension in Space). This is a spaceship/travel machine that enables the Doctor to travel through time and jump into any century that he/she likes. Although the Doctors keep changing, yet TARDIS remains the same and only changes its interior to match with the personality of a new Doctor.

Doctor Who stepped into the spotlight with the element of being a children’s show; thus, the idea of friendly relations with humans is one of the key factors that still resides in the show’s plotline. Time Lord visits different places through the TARDIS, meets with human-companions who become his/her friends, gets to experience the fun-thrilling adventures that are merely hard to forget, and refrains from developing that ‘romance topic’ at all.

What’s the fun without some enemies?

As we talked about keeping the show children’s family, you won’t get to see such explicit monsters or visuals that may crash the fun party of Time Lord and the companions. But, still, to add a bit of thrill in the plot, we’ve got a Master, who’s also another Time Lord, aka, a frenemy of the Doctor, and Cybermen, who just wants to turn all humans into Cybermen and rule over the entire universe.

Besides bringing back the 90’s laughter and modernizing everything with new cliffhangers and a remarkable storyline, the show also offers exquisite clothing merch that you can find right away at Jacket-Hub.

And if we talk about Jacket-Hub’s tremendous services, the irresistible discounts, high-quality products, popular movies//video-games/TV Series Jackets For Men and Women, fast-shipping-name anything, and we’ve got it!

So, don’t let the sizzling opportunity of updating your wardrobe with the latest fashion trends slip away, and shop Doctor Who Costumes right away!